Should You Feed Your Dog Raw Meat?

Just as we are trying to improve our health by eating less processed meals, several dog parents are also shying away from processed dog food. Therefore, instead of giving them processed dry meals, they turn to what they consider to be the traditional dog’s diet (raw meat). Luckily, our domesticated canine pals are largely carnivores by nature; therefore, they can eat raw meat. But do they really have to consume raw meat?

Well, that is a personal decision! But the fact that they can digest raw meat doesn’t mean that they must eat it. Giving dogs a raw meat diet is actually a very controversial debate that has been discussed for years, with some supporting it, while others believe that dry food is the better option. The raw meat diet supporters argue that our canine pals were consuming raw meat before domestication. Therefore, it’s only natural that they consume raw meat every day. 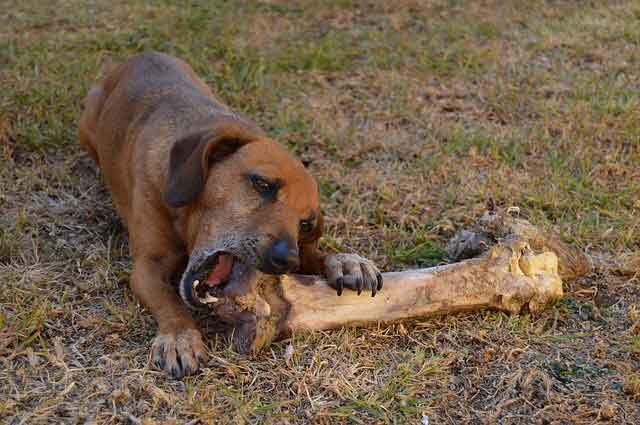 Unlike wolves, their distant cousins, dogs are equipped to digest both grains and meat. Dogs have some unique genes that allow them to process and digest cereals and grains. But, the fact that they can survive on plants doesn’t mean that they are healthier when they eat starch. Plus, there is no scientific evidence proving that dogs can thrive on plant-based meals.

Many dog owners believe that their pets are facultative carnivores; therefore, they can survive without meat, which is their primary nutrition source. So, before switching to a raw meat diet, make sure you get more information on dog meals, both meat, and plant-based, from www.crazypetguy.com. After all, we are talking about improving the life and health of your dog.

The Health Benefits of a Raw Meat Diet

Raw dog food enthusiasts argue that if raw meat can give the wolves a healthier fur and skin and more energy, why can’t it do the same for their dogs? Raw meat is more nutrient-dense than kibbles. Therefore, your pet will be getting everything it needs to thrive, and this means smaller poops since your dog will digest a huge percentage of his meal. The bones in raw meat come packed with calcium and phosphorus, which is great for your pet’s dental health.

Raw meat diets are safe for our dogs, but several institutions have come up with many claims against this meal over the last few years. These claims have deterred many dog owners from giving their pet raw meat. However, some of these claims are untrue, while others can be avoided. Some of the most common myths against raw meat diet include:

Raw Meat Can Be the Source of Parasitic and Bacterial Diseases

Several studies conducted on raw meat-based diets have raised concern about the health risk of changing our pet’s diet. These studies have claimed that this diet can be a source of parasitic and bacterial diseases. The American Vet Medical Association has reported cases of some raw meat diets having clostridium, salmonella, and listeria. These bacteria can affect the health of your dog.

However, dogs’ digestive systems can handle a wide range of bacteria, including salmonella, and stop them from invading their bodies. The dog’s digestive system is highly acidic, and it has natural enzymes and bile that can help process numerous bacteria.

Many people claim that raw meat diets are not balanced; therefore, they won’t provide all their nutritional needs. Numerous studies have confirmed that numerous commercial raw meat diets have excess vitamin D and A, and low phosphorus and calcium content. And that is because they are not well regulated.

A Raw Meat Diet Will Make Your Pet Aggressive

One of the biggest myths about feeding your pet raw meat is that it can make them aggressive. This myth has done more damage than others, but the idea that raw meat will make your pet aggressive is based on fear. Giving your dog raw meat won’t make him aggressive, but your pup might become territorial or defensive when eating since he doesn’t want to share. So, make sure you teach your dog polite behavior and good manners when eating.

Giving Your Dog Bones Can Be Very Dangerous

It’s a known fact that not all bones are ideal for our canine pals. Some fine and small bones tend to splinter, and when cooked, they can become brittle, which can be hazardous to your pet. However, any raw meat diet enthusiast can tell you that these bones are not included in these meals.

All dog owners who prepare raw meat meals for their dogs choose dog-safe bones for their pets. And they match the size of the bones with the dog’s life stage and body size. After all, bones are a healthy, essential, and highly delicious part of any dog’s diet.

Raw Meat Is Not Ideal for Small-Sized Dog Breeds

Many dog parents believe that raw meat is only suitable for a huge dog. Therefore, they don’t give the small-sized dog raw meat. However, that is not true as all dogs can digest raw meat irrespective of their size. This idea came from the fear of the bones and huge pieces of meat choking their pups.

There is no reason why your small-sized pooch shouldn’t enjoy a piece of meat. As long as the meal is well-served, your pooch will be safe and enjoy the meal. Instead of giving him huge bones, you can opt for smaller bones such as duck or chicken wings and necks. 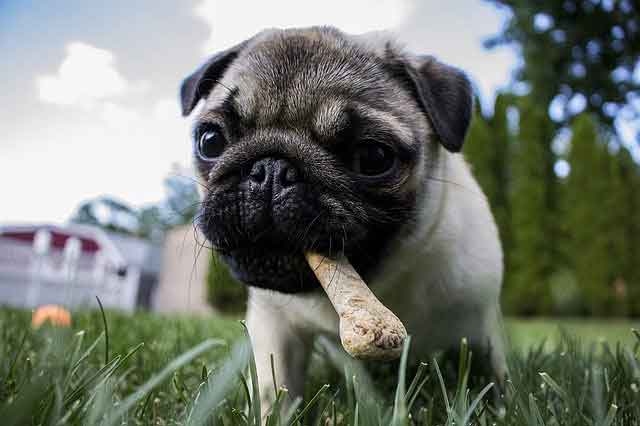 Unlike wolves, our dogs can digest both meat and grains so that you can feed them either meat or plant-based meals. But, there is a huge difference between thriving and surviving. Domestication forced dogs to survive on grains, and the only way they can thrive is by consuming raw meat. So, if you can afford it, try and change your dog’s meal. You can either purchase the commercial raw meat meals in the market or prepare one at home.

Beware! Household Stuff That Can Be Toxic For Your Canine Companion

6 Essential Tips for Getting an American Bully

6 Best Flea Treatments For Your Dog

What is the Best Breed for Service Dogs

How to Train Dog with Different Types of Wireless Dog Fences