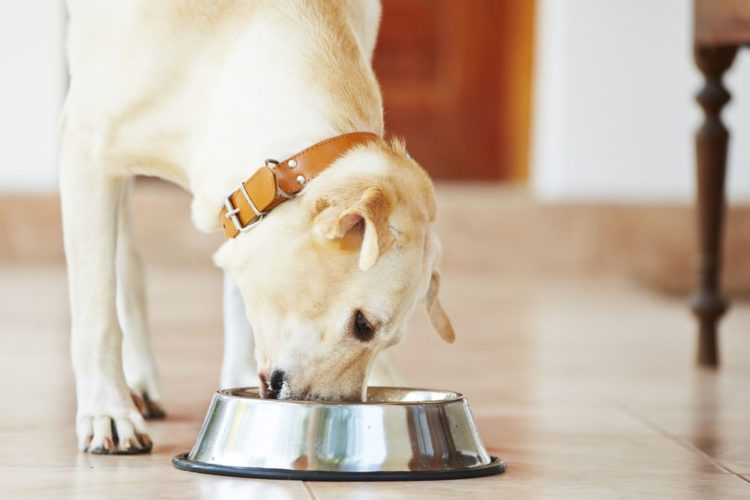 Pros And Cons About Feeding a Dog With Raw Meat

In this dispensation, the awareness and adoption of pets as a household member, especially dogs, has become an even more popular norm. Which raises a lot of health issues as regards diet, medication, and Grooming.

Borrowing wisdom from the famous saying, “you are what you eat” it is vital for pet owners to pay close attention to what they feed their dogs because 85% of the health of their pets is heavily dependent on what they feed them.

For dog lovers out there, this is going to be an appealing piece for you, as the main focus will be on Dogs and what you should be feeding them.

There is this common argument as to whether a dog should eat raw meat or not, but for us to be able to be on the right side of this contention, it is crucial to know the history, genetics and body composition of a dog.

Animals that belong to the dog family are called canids (which are animals that are descendants of carnivores that includes jackals, wolves, foxes, dogs, and coyotes). All canids are natural scavengers and hunters of prey.

The earliest member of the Canidae probably existed about 30 million years ago. They had longer legs, sharp teeth, and distinct hearing-abilities found inherent in canids of today.

Domestic dogs are said to be descendants of the gray wolf, that existed over 16000 years ago. The domestication of Dogs started as a result of gray wolf plundering human settlements in search of food, which led to humans setting up traps and capturing these wolfs and later, they started rearing them for various purposes.

These ancient nomads used grey wolves mostly for hunting, guarding, and herding.  This discovery led humans to breed and cross-breed them for specific roles. For example, after world war II, the Germans started breeding Alsatian dogs as aids to blinded soldiers.

Anatomy of a Dog

Dogs or better still, wolves are designed and built to hunt. They have a very flexible skeletal system that enables them to run swiftly. More so, the placement of the eye sockets enhances their ability to be perfect judges of distance.

Not only that, they possess strong muscles that boost their speed and agility when hunting prey. Their upper body consists of limb muscles while their lower body is made up of tendons ( Tough tissues that connect muscles to the bone)

Following the history and anatomy of dogs, one might rightly assume that they are carnivores and as such, should be allowed to eat raw meat, but that is not precisely the case. It is not black and white, as there are benefits and implications of doing that.

Moreover, the original genetics of these animals has had subsequent alterations, following the cross-breeding propagated by humans, over time.

Pros of  Raw Meat for Dogs

Cleaner teeth: feeding one’s dog raw meet results in the dogs having nearly no cavities as the meat are usually fresh and wet, unlike dry food that ends up sticking to the teeth and gums, which after some time begins to darken them.

Thick and Smooth Stools: consumption of raw meat, leads to a faster metabolism, and better processing of protein as there is no mixture of different spices alongside preservatives that enhances longer shelf life.

High Energy Level: owing to the faster metabolism that comes about as a result of meat consumption, the body of these mammals can produce energy faster and more expediently as there are not too many compounds to break down.

Customizable: it is easy to add some greens to the raw meat diet or some healthy fat that is good for the dog, like omega-3 oils that are a natural component of some fish. Some dogs will, however, not like the mixture of fish oil with their meat. In that case, one can subscribe to unique dog food makers like 4health dog food.

Good fur and skin: a raw meat diet have shown to be an excellent precursor for a beautiful coat and skin on Dogs.  The layers become smooth, full, which translates to less shedding of hair.

Weight Management: raw-meat diet helps in reducing excessive weights on dogs, especially for breeds that are susceptible to obesity.

Whenever mammals consume protein, there is approximately 20 to 30% loss in the amount of protein that is absorbed by the body.

The Danger of Disease: There is a high possibility of dogs and owners as well to get infected with pathogens—such as Campylobacter, Salmonella, and Yersiniaraw, which are the prevalent zoonotic diseases found in humans.

Also, dogs with deficient immunity will not be able to survive such a diet.

Awakening their Primitive Instincts: because dogs are descendants of the grey wolf, they are keen to have some recessive hunter genes which can be activated when fed with raw meat regularly.

Expensive: because of the high cost of beef or any other form of meat, it can become a financial burden to pet owners to maintain such a diet, considering that they spend more money on feeding the dog—dogs than they do on themselves.

High-Risk to Sick Persons: Due to the high possibility of the dogs attracting pathogens, they can be a very high risk to someone suffering from some form of chronic illness that has already weakened their immune system, which can lead to gross fatality.

It is better for anyone intending to keep a pet, to first carry out careful research and then consult with a professional or a VET…before deciding on which breed or species of dog to get. This action will not only save you time and money, but it may very well save your life.

The Effective Solution for Flea and Tick Treatment In Dogs

What To Do When Your Pet Gets Injured Or Hurt