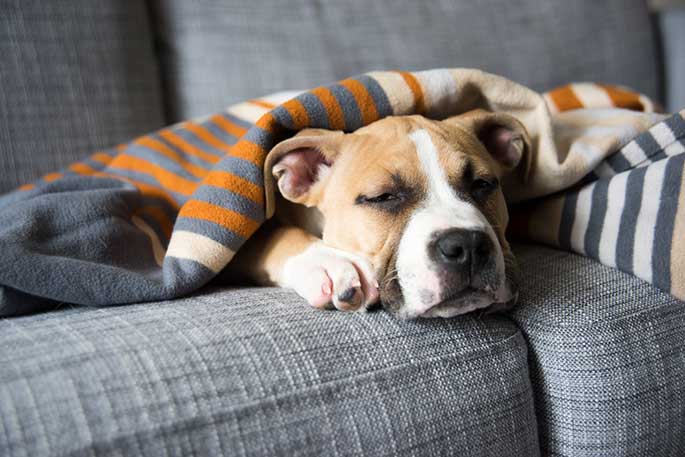 One of the trickiest parts of dealing with sick puppies is that it can be difficult to tell if they are suffering in the first place. They neither can communicate how they feel nor display through body language that they are ill early on.

The only thing dog parents have to go on is their behavioral changes, which might not be much, considering puppies can be all over the place, to begin with. Nonetheless, you should learn to pick up on these subtle personality changes because they might help you detect a problem as soon as possible.

Today, we’ll be going over a few tell-tale signs that your furry little friend may not be feeling a hundred percent. By visiting Smartly Pet, you should also be able to determine if your puppies are really sick or if they are just tired.

Six Signs Your Pup Is Sick

As fun as it is to have a puppy around, it isn’t without its fair share of difficulties. Dogs can be frail early on in their lives and, when an illness hits them, can be a handful. Here are a few common signs that your pup could be ill and in need of medical attention.

Like infants, puppies need a lot of sleep. However, when they are not off to dreamland, they should be fun-loving, energetic, and curious. If your pup seems lethargic or exhibits less enthusiasm than usual, you may want to consider bringing him or her to the vet. Laziness in pups could stem from a broad range of illnesses, from canine distemper to viruses like parvo.

Although weight loss isn’t necessarily indicative of a health issue, inexplicable weight reduction could be. Dogs don’t typically shed too much weight unless they are on a diet or getting a lot of exercises.

Similarly, weight gain in canines without any lifestyle alterations may also be a sign of a serious health problem. These shifts may not occur simultaneously with other unusual symptoms and may take several weeks to be noticeable.

Just because pups aren’t great at talking doesn’t mean they won’t make an effort to tell you something is wrong. Puppies that whimper nonstop or make unusual noises could be trying to communicate some type of pain or discomfort that may be related to their health. It could also be that your little furball is just looking to get petted.

Either way, it won’t hurt to have them checked out. If they are indeed ill or injured, you will be able to take the necessary steps to manage the situation.

It is uncharacteristic of a house-trained dog to just poop or pee out of nowhere, and in spots where they aren’t supposed to, no less. You want to be aware of the following shifts in a canine’s bathroom habits:

Pups are known for chowing down on things they are not supposed to, so a one-time occurrence of diarrhea may not be something to lose sleepover. However, if diarrhea becomes incessant over a short period, you may need to call the vet.

Like diarrhea, vomiting could be a result of a pup eating what it wasn’t supposed to. Then again, it could also be indicative of a serious health matter. Your pup could possibly be devouring his or her food a little too enthusiastically, in which case you should consider feeding them smaller portions more frequently.

If your pup vomits persistently or unusually, take him or her to the vet right away, as that could be a sign of something grave.

It may not be all that unusual for pups to lick or scratch themselves; they are dogs, after all. However, if the licking or itching becomes too focused on a particular area of their body, that could be a cause for concern. Your pup could have an allergy or a rash that needs treatment. Consider getting your puppy a soothing ointment or an antihistamine, but only with the vet’s consent.

Being the Best Pup Parent

Due to your pup’s limited ability to communicate with you, you never quite know if he or she is sick or just being a puppy. So, while you want to use your best judgment when helping your furry little companion, you shouldn’t also hesitate to consult a vet on an unsure matter. After all, some serious dog illnesses have early symptoms that can easily be mistaken for typical pup behaviour.

What to Do When Your Dog is Coughing Up Blood

Disclosure: “As an Amazon Associate we earn from qualifying purchases.” We may earn a small commission when you buy or book anything through our links. You can also get some discount if you purchase the products by following our link. 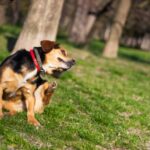 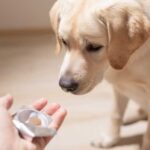 How to Choose the Best Supplement for Your Dog

Should I Be Worried About My Dog Eating Dirt?