Help Your Dog See You as the Leader

One of the first things you need to do as a pet owner is to take your dog through proper obedience training. This is to establish your authority as your pet’s leader or “alpha.”

It’ll make it easier for your pet to accept commands from you and actually obey when you start training it to adapt to life in your household.

Obedience training can be carried out through a number of simple exercises. However, the effectiveness of these exercises depends on how obedient your dog is, to begin with. Some dogs are inherently more submissive than others, so they’re easier to train.

With that said, it’s important to show that you recognize and approve of any signs of submissiveness that your dog shows. If your dog tries to test your dominance later on in the adolescent years, be sure to reassert your dominance.

In a few rare cases, it might be necessary to constantly assert your dominance because your dog challenges you frequently.

1. Be Fair with Your Corrections

It’s important to show your dog that you are indeed fair and trustworthy. This means shying away from unnecessary chiding because this is inherently unfair to your pet. Keep in mind that dogs don’t have associative memory like humans.

Also, it’s important to show consistency. For instance, if your dog exhibits undesirable behavior, then you should always correct it on the spot.

Families and couples often struggle at this point, but the best way to simplify things is to come up with a set of rules that you all agree with. As long as everyone is on the same page as to what behavior is acceptable from your dog, it’ll be easier to establish authority and consistency in behavior from it.

It’s also important to decide who will assume the responsibility of training the pet because dogs don’t do well when taking commands from many people. Once that initial connection has been established, the rest of the household should follow suit and use the same commands to train the dog. For best results, try to use the least amount of correction possible.

If your dog is able to easily obey a simple “hey!” then you should stick to that instead of going for an alpha roll. When a little tap on the chin will do, opt for that instead of a scruff shake.

Before we get into the different cues you should follow in order to display alpha behavior, let’s preface this by saying that you should only use these commands when absolutely necessary. Also, avoid using them if you’re upset or angry as that could hurt your dog’s emotions and damage trust.

Keep in mind that the whole point is to establish your authority as the alpha, not to scare your pup, so use the minimum amount of force or correction possible.

Before you learn how to use the alpha roll, it’s important to acquire the traits of an alpha leader. This means you need to cultivate an attitude which shows your dog that you’re always right and that you won’t allow any disobedience from your pet. Now, it’s easy to communicate this message without getting aggressive or upset.

Think of it as if you’re the parent and your dog is like a toddler. There’s never a struggle over who is the superior between the two so that’s how you should establish your alpha role with your dog.

Make sure your dog understands what’s expected from it, so you don’t end up using the alpha roll on a dog that doesn’t need it. There are plenty of instances where dogs exhibit destructive behavior even though they’re submissive and you don’t want to find yourself in that boat.

Also, avoid alienating a dominant dog by exercising an alpha role without proper reinforcements. Keep in mind that there’s a certain category of pets that will never even need to be alpha rolled in the first place.

Plus, alpha rolling should be the last resort in your arsenal of tools and should only be used when absolutely necessary.

The Hunting Dog has some good advice on alternatives to alpha rolling.

This is especially important for dogs going through adolescence. Your dog might try to challenge you and you should never allow this behavior to stand.

Show your pet that you’re still very much the leader in the relationship by making it seem that you won’t tolerate any willful behavior from it.

For instance, you should never allow your dog to run in front of you. It should also wait for your permission before exiting your car and don’t allow your dog to jump up on your table or onto your hand for food.

Make sure your pet still obeys its commands, so the chain of authority is unbroken.

If your dog is having trouble obeying a member of the family, then you should step in as the main authority figure to back that family member.

If this is one of your kids or someone who’s a bit scared of the dog, then you should always supervise the dog’s interaction with them until the situation is fixed.

You should never feed your dog before you’ve had dinner. First, you should eat and let it wait for you to finish. Don’t allow your dog to interrupt your dinner by crowding the doorway or begging at your feet.

These seemingly small behaviors can go a long way in helping your dog see you as the leader. The last thing you want is a dog that will embarrass you in front of guests by acting out or breaking protocol.

By staying consistent with basic commands and behaviors, you’re teaching your dog to become a well-behaved pet.

Basically, the easiest way to establish your authority as the alpha is to make your dog hold off on certain behavior until you give it the go-ahead.

How Can You Show Dominance?

Here are the different methods that you can apply to establish dominance:

One of the most common traits of alpha is their “stare down” stance. If you and your dog have a staring contest, it should be the first to back down. If your dog doesn’t, then you should start some sort of predetermined verbal correction. When the dog obeys you, then you should shower it with praise.

» Tell Your Dog to Sit

Tell your dog to sit or stay still. If you haven’t trained it to obey this command, then place it inside a crate first so it can sit quietly. This is the easiest way to teach your dog obedience without shouting or getting aggressive.

» Grab Under Its Ears

Alpha dogs have been known to shake or chomp beneath the ears of a subordinate dog. The easiest way for a human alpha to mimic this behavior is by holding onto the skin beneath your dog’s ears. Avoid using aggressive force and never pull on the top of your dog’s neck as this might cause injuries.

» Tap Under Your Dog’s Chin

Nipping your dog under the chin is another alpha correction sign. This doesn’t mean you should hit your dog because that’s never necessary. All that’s needed is a light tap with one or two fingers and never on the top of the muzzle. This could cause your dog to become hand shy or worse, damage its sense of smell.

» Do an Alpha Roll

An alpha roll is an action where you pin your dog down and make sure it’s on its side. It’s important to do this gently and make sure that your dog’s feet are facing away from you. One of your hands should pin its head down by holding down the scruff while the other should be firmly on your dog’s groin area.

Once you hold your dog down in the latter position, it’ll be much easier for it to submit to you. However, this isn’t recommended.

Conclusion
As hard as it might be to say NO to a cute pup, it’s important to teach your dog this word and its meaning early on in life. That way, you’ll avoid any mutiny and undesirable behavior down the road.

Also, you don’t have to be loud or aggressive to establish a position of leadership with your dog. All it takes is to establish clear boundaries and protocols early on, so your pet knows what behaviors are acceptable or not. Most importantly, be consistent in everything you do.

Kimberly Johnson is an expert when it comes to pets. She had her first pet at 12 years old and volunteered at her local pet shelter in the summer throughout her high school years. Her passion for pets continues to this day as she boats six fur kids. She and her dogs share their home with Sarah’s husband and two kids. She enjoys walking on the beach, blogging, and keeping active.

Why Is My Dog Gagging?

Should You Sleep With Your Pet? Health Risks and Benefits

What Rights Do I Have as a Service Dog Owner? 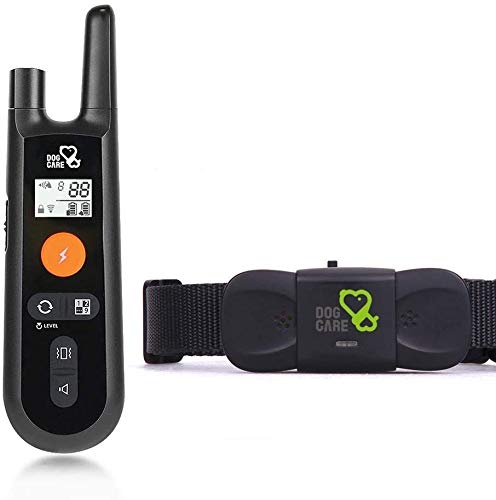 Should You Sleep With Your Pet? Health Risks and Benefits