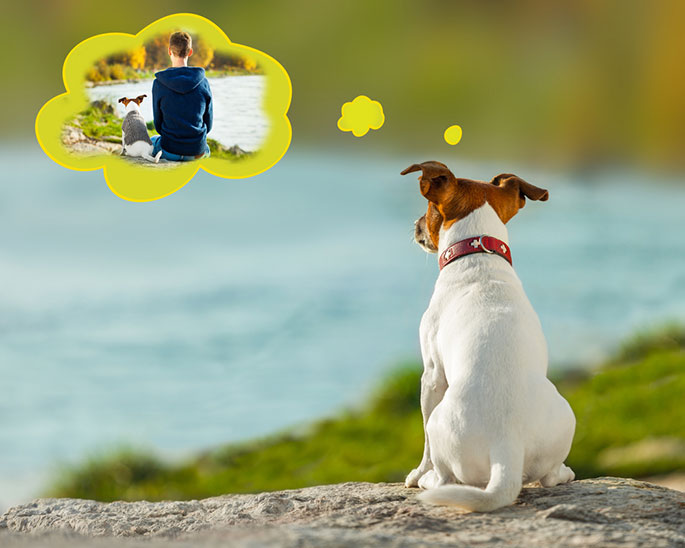 Odds of Finding Lost Dogs: Will You Ever See Your Buddy Again?

If you are a pet parent, you know for sure how stressful it is to imagine waking up one day finding your fur baby has run away. It’s even more stressful when it actually happens for real. You’d feel as if your human daughter or son was the one who ran away!

Those who don’t easily feel a sense of attachment to pets might conclude that it’s a little exaggerated. Tell you what though, it’s not. Non-pet-lovers can’t simply understand how it actually feels to lose a pet you’ve loved and cared so much for in, say, three years, five, or even longer.

You see, even though they’re animals and they don’t possess the abilities and level of intellect that we humans have, they have feelings, too. They have the ability to communicate those feelings in their own language that we don’t understand most of the time.

When you’re a pet parent though, you’ll discover that in time, you’ll be able to create a unique bond with your furry baby which somehow allows you to learn how to decode what emotions they’re trying to communicate.

I remember my dog. I know exactly when she’s thirsty. I even ask her, “Baby, are you thirsty?” She would stick her tongue out in response as if waiting for something she’s craving for. For the second time around, I would ask her the same question and she would give me the same response. That’s when I know that she’s asking for water. When I do give her, she would immediately lick it up and gulp it down.

In addition, pets have their own distinct behavior and qualities that make up their personality as a whole. Dogs, for example, are very sociable and affectionate creatures. Read more about that here. They would hear the sound of your car approaching from afar and would get too excited to welcome you home. And as you enter the door, it seems as if they can’t contain their joy and excitement to see you. They might jump straight to you, run around the house, kiss your legs, bite on your skirt and tug at its ends like a toddler, lick you in the most affectionate way, and utter incomprehensible sounds that meant: “Finally, you’re home! I miss you so much!”

Who won’t ever miss having a buddy like that at home? No wonder, you’d be compelled to gather a search party when your dog goes missing! You won’t give up until you find your dear fur baby.

Why Dogs Run Away

You think that you’ve already provided everything your dog needs—food, shelter, water, care, and affection. So, why would he run away from home? There can be several reasons behind that.

First of all, dogs have a natural tendency to roam around and explore their environment. They’re literally outgoing creatures that are always on the lookout for the next adventure and learning experience. So, if you don’t take them out for a good walk and exercise on a regular basis, they could probably get bored. When that happens, they could develop destructive habits such as biting and chewing on things and wires at home. Worse, when the opportunity to escape comes, they take advantage of it like a prisoner who is suddenly given freedom.

Unneutered male and unspayed female dogs would naturally feel the urge to mate and make puppies. Feeling the need to search for the love of its life, your dog might spring out of your open windows or jump through that hole on your fence to explore the neighborhood for potential wifey or hubby.

Loud, booming noises such as those sounds produced by firecrackers, intimidating crowd, and other sights that may potentially scare them may also cause dogs to escape. It’s a defense mechanism they would naturally exhibit when they feel like they’re in danger. Check out this related content: https://pets.webmd.com/dogs-stop-running-away#1

When taken in an unfamiliar place, they would have the tendency to return to the home they’ve been used to. Dogs show outstanding loyalty to their long-time masters. So, when they’re given for adoption, they long to return to their old home and that may cause them to go astray.

Showering your fur baby with care, attention, and affection isn’t a guarantee that they won’t run away in the future. What should you do to prepare for that in case it happens one day?

“Will I Ever See My Buddy Again?”

That’s the question you’ll immediately ask yourself. There’s a good reason to be positive though. Based on the research that the American Society for the Prevention of Cruelty to Animals (ASPCA) conducted, only 15 percent of fur parents reported the incidence of a missing pet. This implies that even though it happens, it’s really a rare situation.

The study also highlights one important figure: 93 percent of lost dogs were safely reunited with their guardians later on. So, you can count on a measure of hope when your pet goes missing. Chances are, the animal control unit in your local area could come across your dog and take it to the animal shelter for temporary housing. When your dog goes missing, one of the best ways you can find it is by sending out its pictures and your contact information to the nearest animal shelters within and around your area.

Although the chances of finding a lost dog are high, you shouldn’t be too complacent. Before it happens, do your best to prevent it, or be prepared with the possible situation. Inspect your house and your yard for some weak points where your dog could easily escape when he feels the urge to do so. Do the necessary repairs if you spot one or more. It’s also best to neuter or spays your dog, so it won’t feel the need to search for a mate around the neighborhood. Put a collar around its neck with its name and your contact number. Many dog owners these days have their pooches microchipped as well, so they could easily locate them when they’re lost.

Yes, don’t lose hope to see your buddy again. Just be patient. There’s a big chance you can find him again when you begin the search as early as possible. To those who see posters of missing pets, please don’t disregard the feelings of their guardians. Be kind enough to offer practical help if you can.

Your Dog’s Bed and Wellbeing

The Effective Solution for Flea and Tick Treatment In Dogs

How to Choose the Best Mobile Dog Grooming Service

What is Xanax? Can Dogs Take Xanax?